Our castle grounds were busy 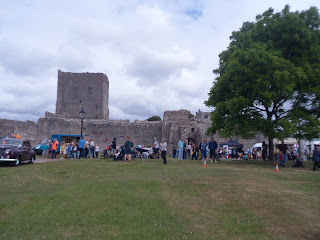 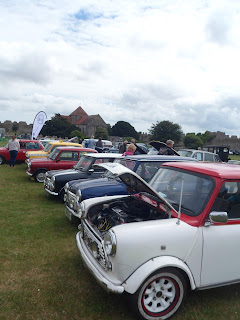 My friend with me on a walk around 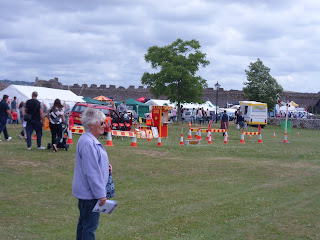 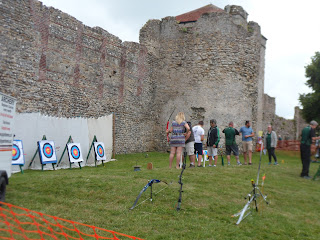 The Gala was all around the castle grounds 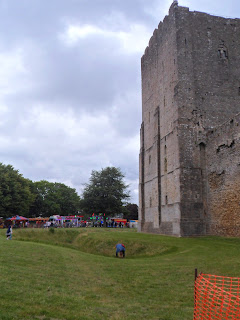 Loads of people came out to watch the parade 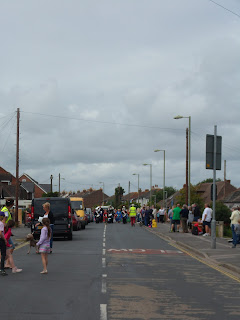 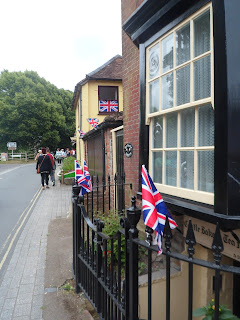 7 dwarfs with their waistcoats. 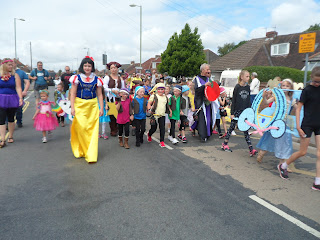 It was a fun afternoon, we waited in the street for the parade, which was mainly of local school children and groups, scouts, brownies ect. It was fun to see everyone dressed up, the school children did 'once upon a time' and did loads of different stories. There were some old cars, and two fire engines, which Will loved. We then followed them to the castle grounds.
Lots of things going on inside the grounds of the castle, a main ring for performers and loads of charity stalls, selling cakes, plants ect.
The fun fair outside was in two half's, the children's ride on a different side to the main fair.
The local church inside the grounds set up a BBQ, they were very busy, most of us preferred to buy food from them, rather than the commercial vans.
We stayed a couple of hours, Will was getting fed up being in his pushchair, it was too busy to let him run about, but as we walked home, there were still loads of people making their way to the grounds.
It been years since we went to such a family event, it was much bigger than I expected, and brought back memories of my village fete and the numerous school fete we attended when our girls were growing up.
Daughter and Will stayed the afternoon, I put The Wiggles on TV for Will to dance along with, another grand son loving this great DVD, which we purchased for Josh.
Later we found a film, had a take away and enjoyed a lovely glass of red wine.
Today I have a bit of housework, followed by an hour in the garden and no plans for this afternoon, sounds perfect.
Published Poppypatchwork at 09:46
Topics Castle, DVD's, Family, Weekend