To plant a seed
is to believe in your future 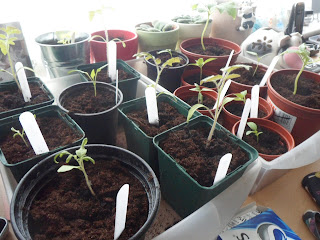 My fuchsias, geraniums, plus 4 gaillardias
I have pinched the tops out of the fuchsias. 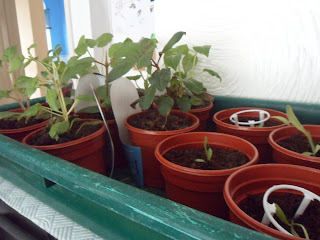 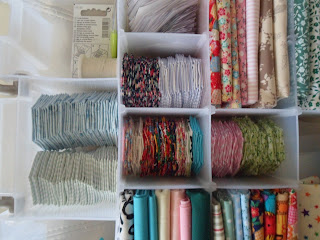 At this point I am rather proud of my self,
when cutting these out, I would normally center each bird
this time I decided to place the paper hexagons
to get the most from the material and cut away
just a bit less ODC than normal. 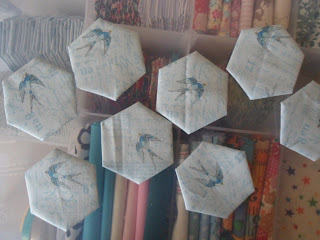 April's Joyful World has been released, I was going to stitch last night, but I have run out of one of the main colours, so a trip out some time. Plus Sheffield is also calling.
I have been reading After You, and it's not as great as Me before You, the style is the same, but as I know know the main character, whilst she has not changed the element of surprise is gone.
It's a dull day here, so not sure what we will do later, but it's dry. I am itching to get out into the garden, but it's just too early, late March and early April can be so cruel to gardeners. I plan time outside next weekend, whilst we have our Easter break.