I have been shopping, just a few plants came home with me, the box plants at the back came from our market in Fareham, they are healthy good sized plants. The Chocolate Cosmos, is already planted, very late but the was a nice bud on the root and half price. 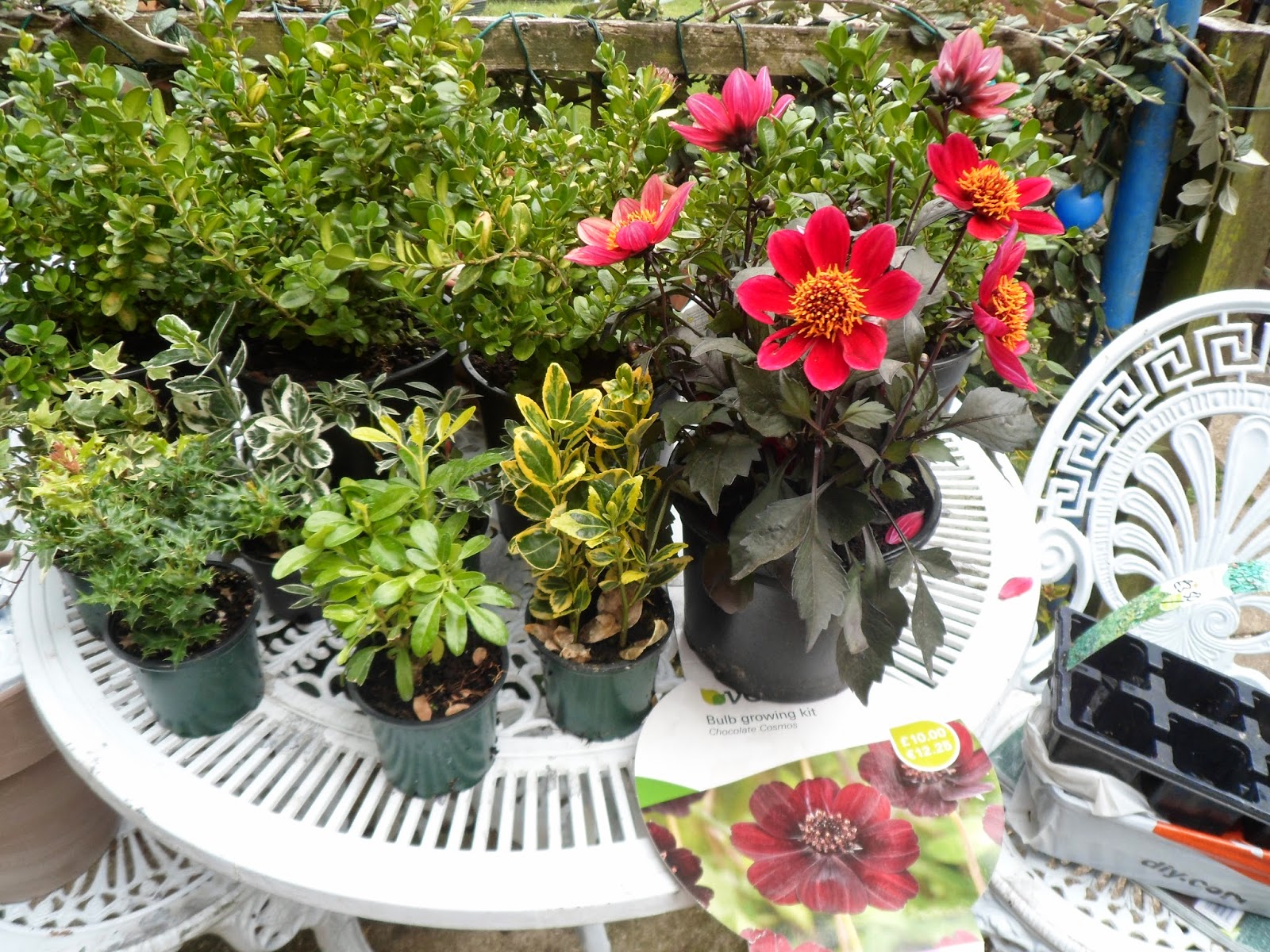 These six shrubs came from B&Q, they were in a pack of six reduced to £3.50, there was on dead plant in the pack, so like every one else I swapped it for a live plant. I have only one plant I want to use, the spiky one will go well in my front raised bed, but for now I have repotted four of them to get them to a better size. Two I will pass on to a friend who has a new garden. 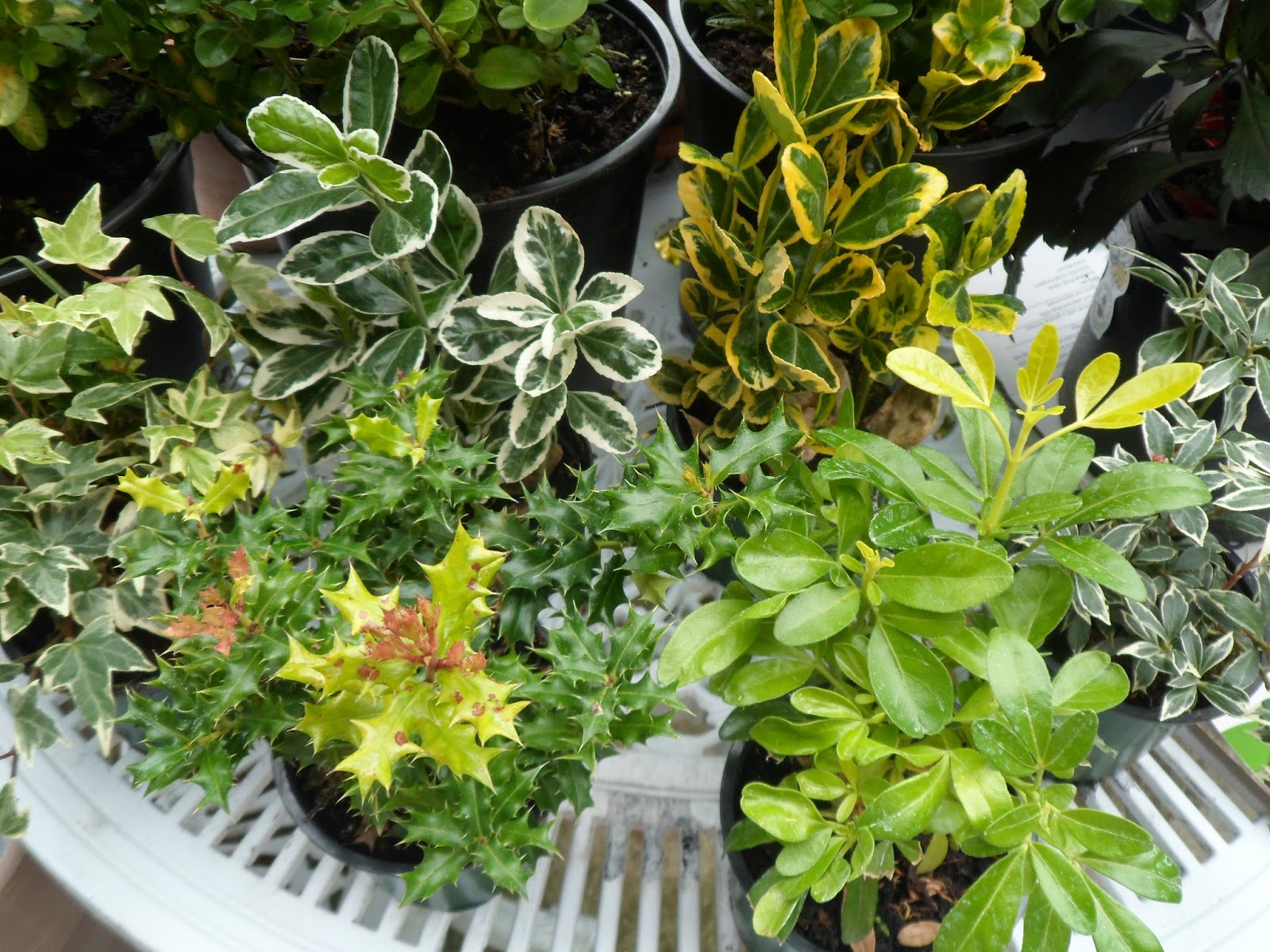 The box is already in the ground, I have snipped the longer branches back, my hope is have a low box hedge, shaped to fit the front garden, I have had to add pebbles here to keep the cats out.
I have planted some of the cuttings to see if I can grow a few more plants. Monty Don on Gardeners World makes it look easy to do. 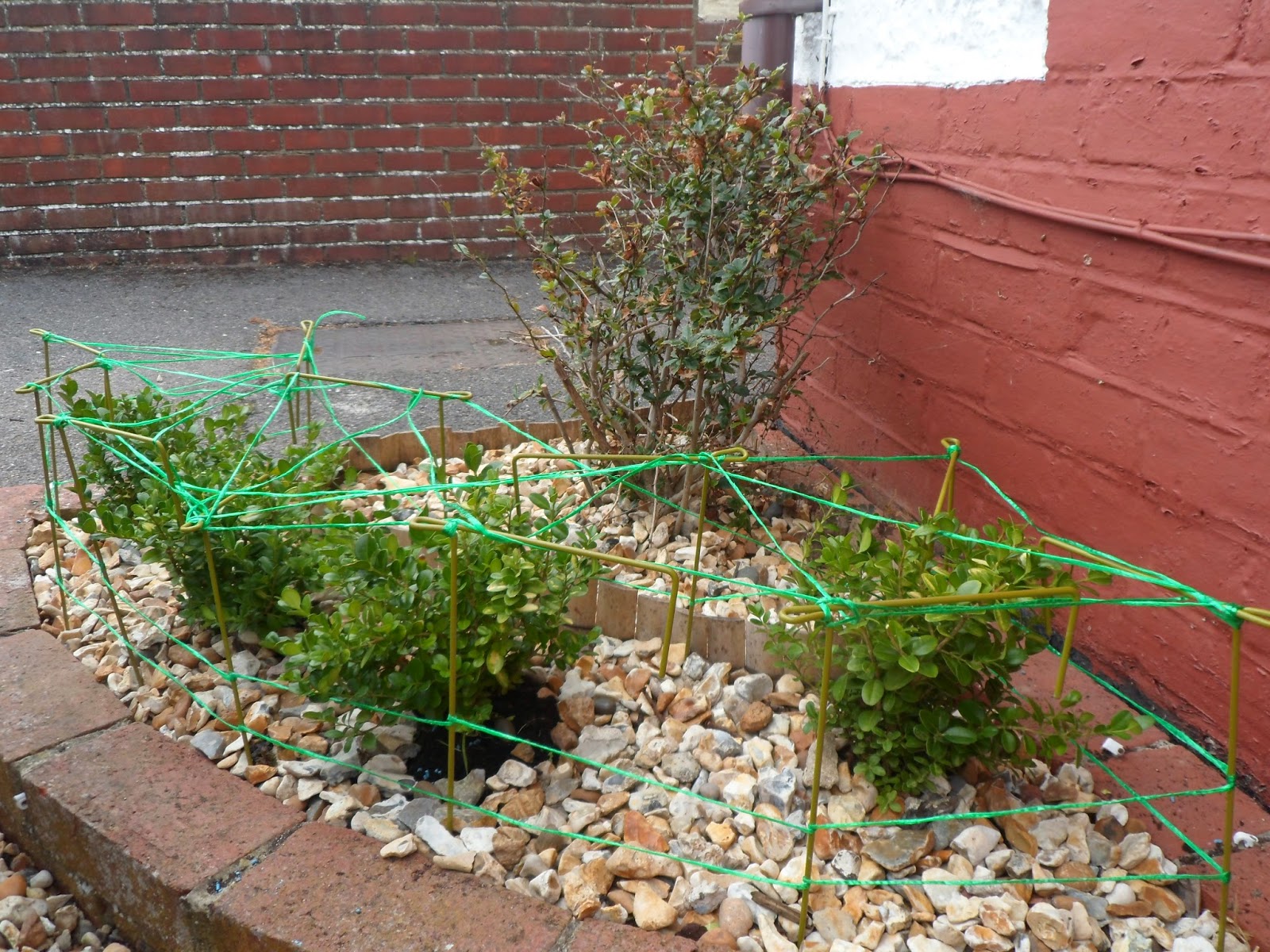 The Dahlia is in my front garden, I have it here just for the summer, later I hope my spiky plant will be big enough to place here, on the right is a rose bush and on the left is a Lupin. 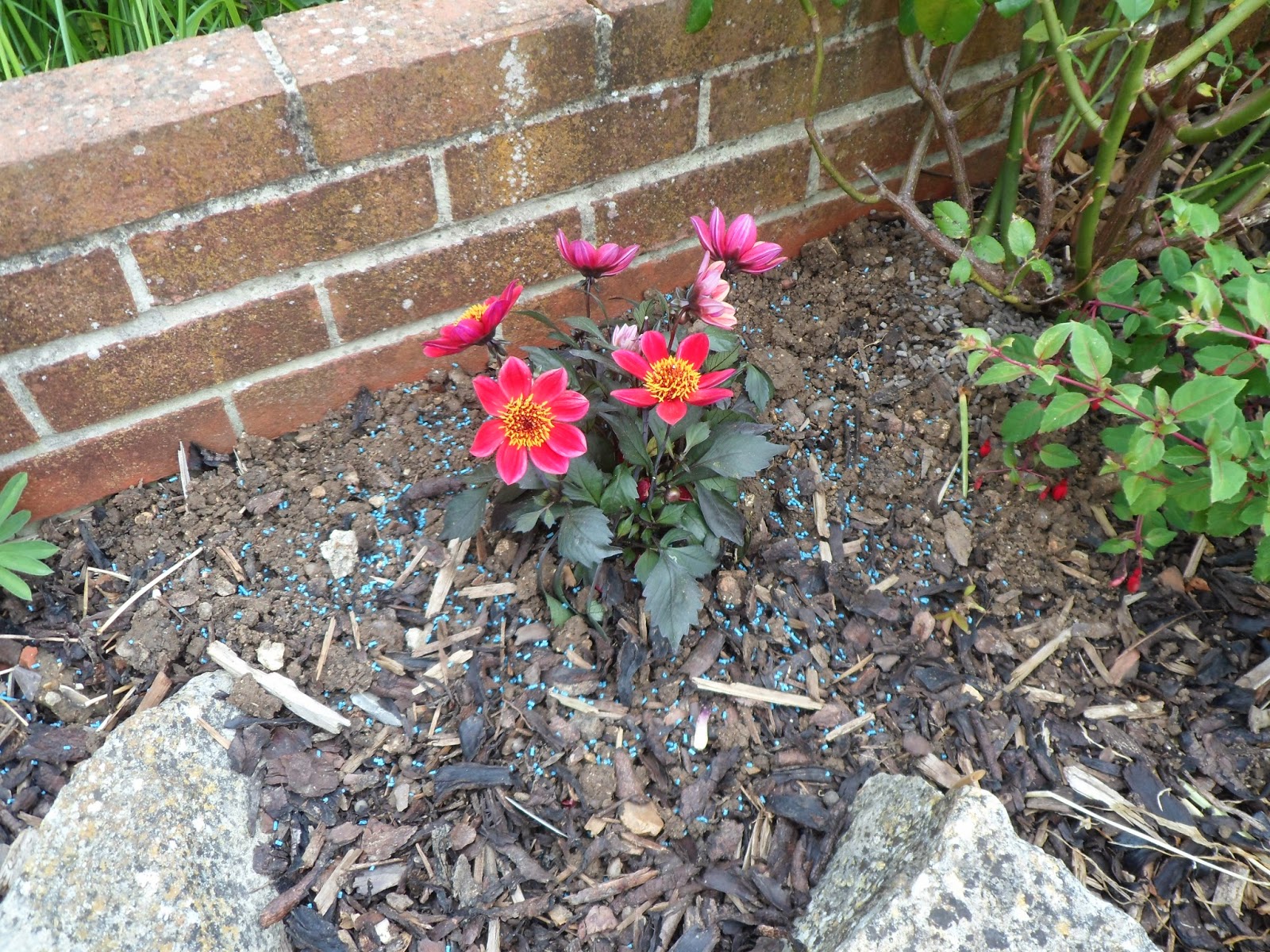 After I had finished the garden, I had a local come and check my work, we had two hedgehogs on the lawn, one saw me and ran away ( I have that effect), this little fellow stayed and smiled for me. Hubby feeds dried worms to the birds, but he scatters a few on the lawn for these guys. 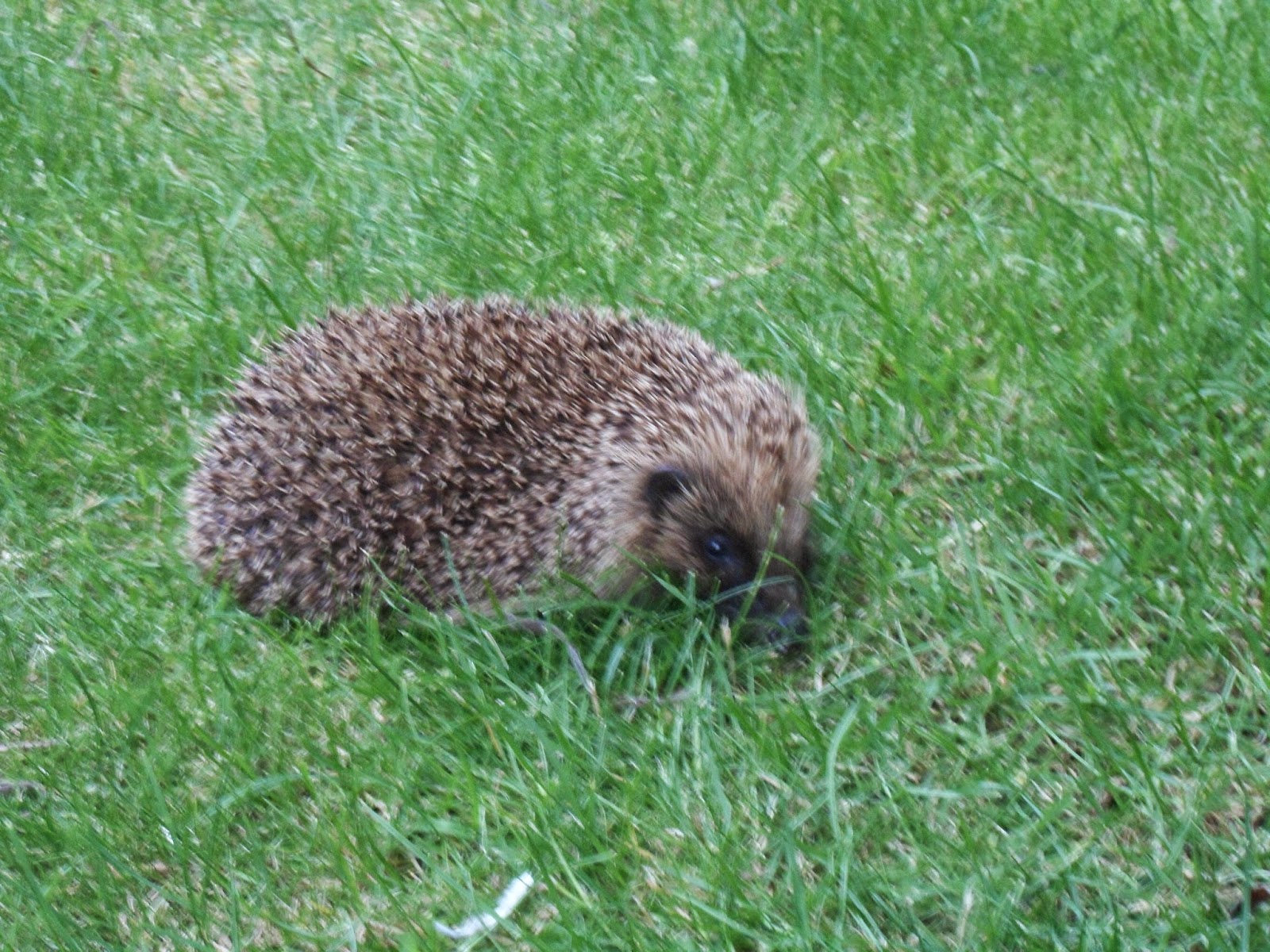 I am back stitching, just one photo, I have just one large panel below these, I love the way the designer uses the same colour. It's complicated and easy to stitch, but great fun. 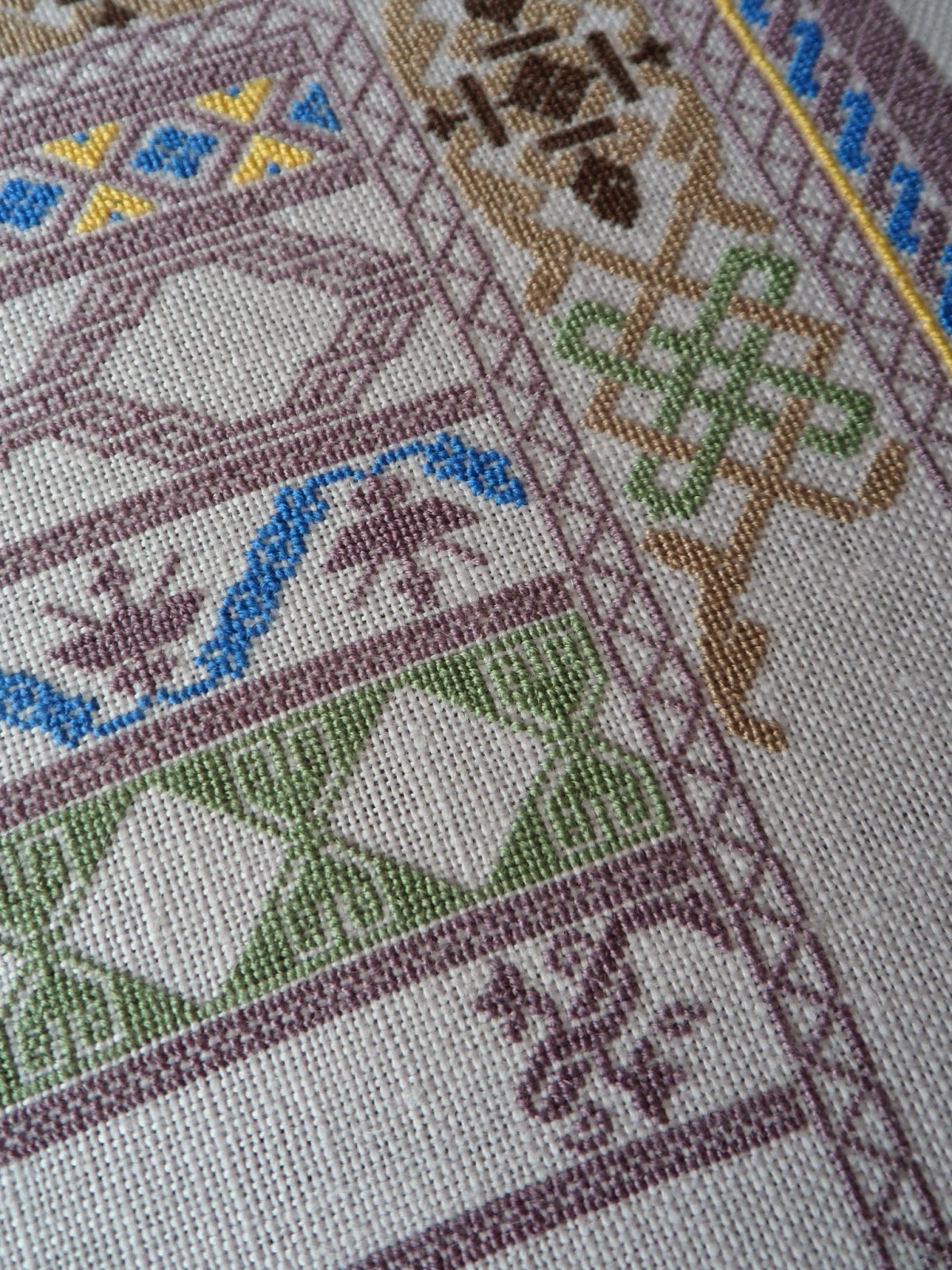 I have had a couple of lazy mornings over the weekend
This week at work has been hectic, the lady reapplying for the new role, had disrupted the office all week, She had her interview on Thursday, but Friday morning she was full of herself, I had the afternoon off and found out by phone she had failed and would finish at the end of August. I have to admit, I was glad not to be in the office.
Friday was the last day I worked with Ann, she is on holiday for the next two weeks, I have never met such a great lady, working with her for the past year has been a joy.
Yesterday Fliss popped in, and stayed for tea, we had a nice catch up, Su and David are at Silverstone watching the F1, they have camped on site for 3 days.
Lazy day at home today, friend popping in this afternoon.
Published Poppypatchwork at 09:25
Topics Cross Stitch, European cushion, Flowers, Garden, Weekend