We had a distant view of The Spinnaker tower and the area near Southsea, we were sat in Porchester wreck along the shore line. 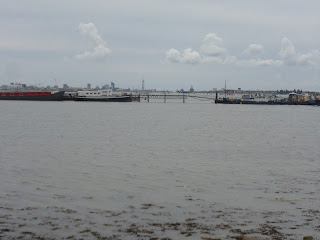 The flyby was very distant and my camera would not capture much as it flew over the Spinnaker tower. 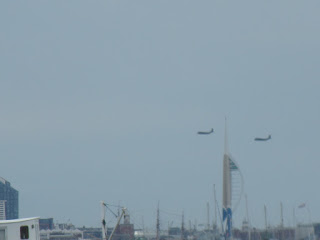 The picnic was enjoyed by everyone, Will loves these southern fried chicken bites, I did cheat and get 3 meal deals from our local Co-op. 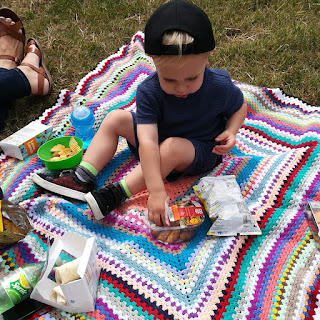 Plenty of time for finding bugs and walking along the water's edge. 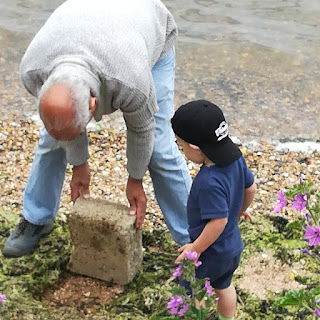 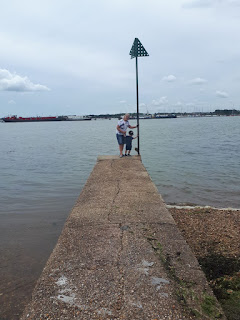 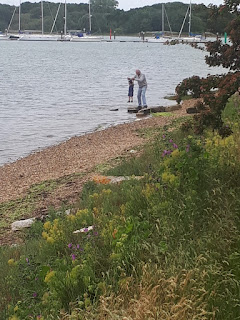 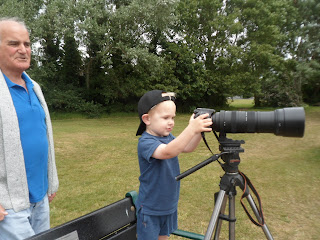 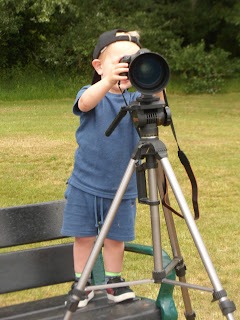 The morning was cloudy but dry, we chose this location so Will could run around and not get bored, a picnic was more fun than sitting in a busy cafe. There were a few people out to watch this flyby, it was a bit distant, hubby got some good photo's using his big lens. This area is just 10 minutes drive from our home, we often cycle up to the local sailing club cafe, where we always have a great meal.
We only stayed about 2 hours, plenty enough time for Will to have loads of fun, we also took a football and a frisbee, such simple pleasures.
According to Will, Trump went over twice in a helicopter and the queen three times, he shouted hi each time one flew over.
How quickly and easy to cheer up, simple family days are so important.
Published Poppypatchwork at 08:50
Topics Day out, Family, Fun