Baking on a Sunday
Paella and Quiche for mummy and daddy 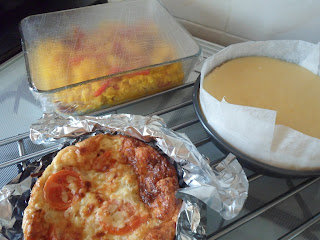 Lunch size quiche's and paella for us 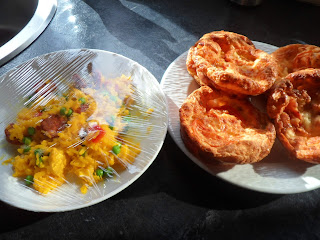 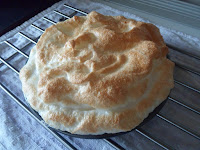 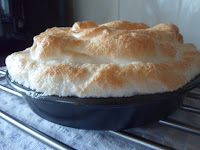 I don't do enough baking, hubby is such a good cook, but I do enjoy some time in the kitchen, my Maliee Quiche recipe is here, its made without pastry, which is a bonus for me, I have 4 small quiches for my lunch, they do have cheese in, so hubby can't eat them, but he is not a fan of quiche.
We are having a coffee and the first slice of the lemon meringue, my lemons were big so I only used 5 instead of the 6 in the recipe, I also cut back on the sugar in the meringue, so it's a good tart flavour, just how we like it.
Last night we were with friends and had a Chinese takeaway for supper, plus a bottle of Presecco, I stayed out to mid night, which surprised me as I only had about 5 hours sleep, it was fun to sit and chat.
Mummy and William are back home, we took the food to their house and was surprised they were back, but being very sensible they were making time for just the 3 of them, so after only 5 minutes we came away, and will catch up with them later in the week.
Thank you for all your wonderful comments, it's lovely to have a new baby in the family, we are looking forward to getting to know him as he grows.
Later I will be finishing knitting the baby jacket and if I have enough wool a tiny hat as well.